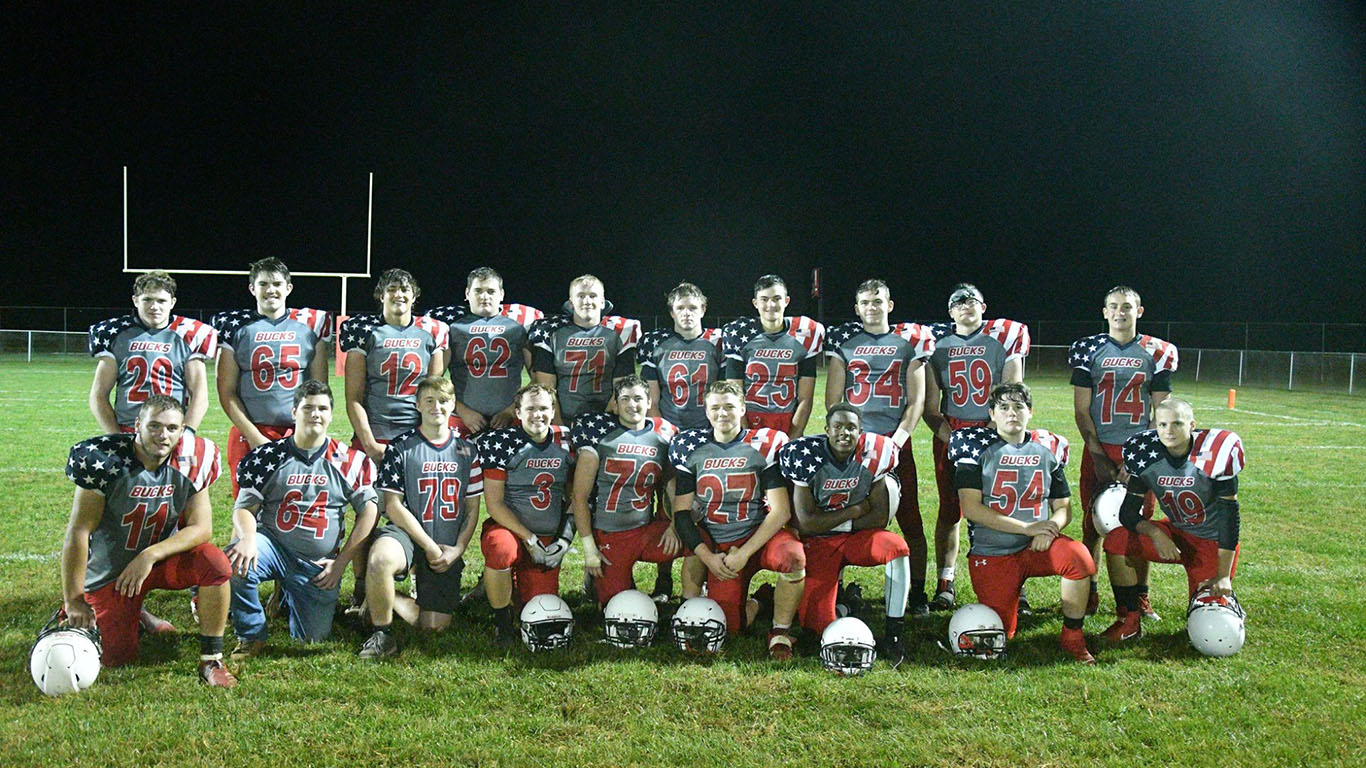 The Bucks spotted the Terrors 12 first-half points, but roared back in periods three and four, making the necessary plays on both sides of the ball to earn their first win.

Junior running back Gage Sutliff set the tempo in the third quarter, four carries taking the Bucks into the end zone to make it a 12-6 O-E lead. A short while later the Bucks moved 75 yards, the tying touchdown coming on a 29-yard scoring strike from Dylan Cross to Liam Dwyer, the Buck wide-out making a spectacular catch to make the score 12-12. Sutliff, hampered by leg cramps in the second half, was still able to bang into the end-zone for the two-point conversion and Bucktail took the lead at 14-12.

Later, sophomore linebacker Zach Pick would all but put the game away when he read an Otto-Eldred pass, picked it and returned it 55 yards for a touchdown. Sutliff’s 2-point conversion put the final at 22-12 Bucktail, the first win of the season and the first for first-year head coach Jared Hurlbert.

Sutliff led a strong Buck ground attack with 187 yards on 22 carries; he scored one touchdown and two two-point conversions. The sophomore Cross was next with 56 yards on four rushes and Conner Mason added 23 yards on 11 carries. Cross was 3-for-11 passing, good for 66 yards, one touchdown and one interception.

Dwyer finished with his 29-yard TD reception while Pick caught one pass for 13 yards and Devin Serafini had one for 14 yards. Pick finished the night with two long interception returns, including his key scoring strike.